In my home, there’s always something going on – from preparing lunch in the kitchen to having fun with my dogs in the living room. However, switching activities so quickly can cause unpleasant odors to creep up. The kitchen is the center of activity in my home, from cooking to frying with a side of pet odors. This combination often leaves behind an awful smell that infiltrates every corner. Smoke and grease are just two more culprits for why the air quality can be so poor inside our home.

To mitigate the issue, I used to light candles and plug air fresheners, spray chemicals, etc. However, I was aware that these methods were only temporary fixes and not addressing the core of my odor problem. Not to mention the harmful chemicals that were released into the air as a result of these methods.

Related: Quick and Easy Guide For Getting The Stove Clean And Keeping It Clean

That’s why I decided to look for more natural solutions and learn about how to naturally get rid of odors in my home. I wanted an environmentally friendly approach that would address the root cause of the smells.

I soon discovered that it wasn’t enough to just mask odors with candles or sprays – I had to focus on the source of the smell. From there, I began cleaning more thoroughly than before with a specific focus on getting rid of bacteria and unhealthy particles in the air.

After conducting diligent research and experimenting, I created a helpful A-Z guide of my own to eliminate unwanted smells in my home. With this guide, you’ll be able to identify the cause of your odors and unleash natural, non-toxic solutions that will leave your home smelling fresh.

Follow my A-Z guide to removing bad smells from your home, and you’ll never have to worry about nasty odors again.

A-Z Guide to Removing Smells From Your Home

Animal odors like cats, dogs, and yes even skunks can be hard to manage. First and foremost, the source of these odors must be removed and properly cleaned or discarded. Depending on the animal and the damage is done, this could mean replacing furniture and carpets. After the animal is gone, it’s time to tackle the smell that remains.

Dislike the smell of vinegar? Add several drops of lavender, peppermint, or rosemary essential oil, such as lemon or peppermint, and you will immediately notice an uplifting aroma that masks the vinegar scent. Keep in mind: The odor of vinegar is only temporary.

Bathroom odors vary. Aside from human waste, you can also encounter moldy smells and product odors. I actually prefer to start with a clean-smelling base in the bathroom and use a water-based air purifier to keep the air smelling fresh.

A burnt popcorn smell in the kitchen is a common occurrence in my home. Burning food is an easy mistake to make, but it can also be hard to get rid of the smell. The key is to ventilate the kitchen immediately and open any windows if possible.

Similar to burnt food smells, cooking odors can often linger in the kitchen for hours. Garlic, onion, and curry smells are the most common offenders. To combat their strong odors, open windows to help air out the room and use a fan if necessary.

Dryer vents tend to be a haven for musty smells. Most people don’t realize the importance of cleaning out the lint trap regularly. Not only does it help with efficiency, but it can also prevent odors from building up in your dryer vent.

From tasty leftovers to takeout and cooking with flavorful spices, many of us are all too familiar with the unpleasant smells food can leave in our homes. It’s also a good idea to immediately clean up after eating, as this will help reduce any smells from lingering around your home.

No one likes coming home to the smell of garbage. Garbage can often cause a lingering odor in your home that is difficult to get rid of. The best way to tackle this type of odor is to try and reduce it at its source – the trash can itself.

Humidity is a common cause of musty and mildew odors in your home. To reduce humidity levels, you can use dehumidifiers or install exhaust fans that will draw moisture out of the air. It’s also important to keep a regular cleaning schedule for any bathrooms as this will help reduce mold and mildew growth that causes foul-smelling odors.

Unpleasant smells from laundry can be a challenge to get rid of. To reduce any odors, start by using an enzymatic detergent and make sure you’re using the correct amount for each load.

Mildew, mold, and musty smells can be caused by a variety of factors, from dampness to unclean surfaces. To prevent these odors from developing in your home, make sure all rooms are kept dry and well-ventilated.

No matter how well you take care of your pet, there will still be times when an unpleasant odor lingers in the house. Regularly vacuuming and mopping floors is a great way to reduce pet smells.

You should also ensure that you’re cleaning up after your pet as soon as possible and not allowing them to leave messes around the house.

Cigarette smoke can be difficult to get rid of and may require some extra effort. The best way to tackle these odors is to completely remove the source of the smell. This may mean quitting smoking entirely or at least restricting it to outside areas. Even second-hand smoke can still cause odor problems in your home.

No matter what the cause of bad odors is in your home, there are ways to reduce and eliminate them. Regularly cleaning and vacuuming surfaces and fabrics is a great place to start as this will help get rid of any lingering smells. Using natural options such as baking soda, vinegar, or essential oils can also be effective at eliminating odors. Investing in an air purifier may also be worth considering for more persistent odors such as smoke or mustiness. With some effort and dedication, you’ll be able to keep your home smelling fresh and clean. 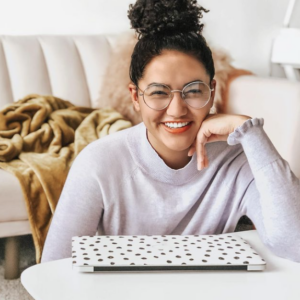 Hi, I’m Essie! I absolutely love exploring imaginative ways to make my home comfortable and classy. From cooking up delicious recipes, organizing spaces, or finding the perfect piece of decor to complete a room. My house is my sanctuary and making it truly one-of-a-kind makes it even more inviting and special.